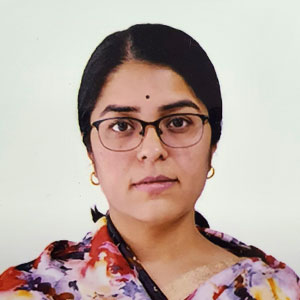 Smt. Avantika Singh, an IAS officer of the 2003 batch has been appointed Vice Chairman and Chief Executive Officer (VC & CEO) of the Gujarat Maritime Board.

With about 17 years of notable service in Public Administration, Smt. Avantika Singh, IAS, brings to this position leadership honed by working in different key departments of the State Government.

A Bachelor of Engineering in Instrumentation & Control & Mid-Career Masters in Public Administration, Harvard Kennedy School, Smt. Avantika Singh, IAS, started her career in Civil Services as a Sub Divisional Officer (SDO) in Assam. She has served as Commissioner, Technical Education and Collector – Ahmedabad. She has also worked in Anand, Bharuch & Vadodara as a Collector, as a District Development Officer (DDO) in Gandhinagar and Anand, and as Deputy Secretary – Energy and Petrochemicals Department, Government of Gujarat, earlier in her career.

She was honored by the Election Commission of India for her outstanding contribution by implementing the best electoral practices at Bharuch and Ahmedabad in the year 2012 and 2017, respectively during her tenure as the District Election Officer.

Smt. Avantika Singh, IAS, has joined Gujarat Maritime Board at a time when the maritime sector in Gujarat is undergoing major transformation with GMB embracing the concept of integrated port led development by having embarked upon various strategic and ambitious projects.

Her experience will provide a further thrust to the development of ports and maritime sector of the state, further ensuring that the state maintain its ‘numero uno’ status in the nation’s maritime activities.