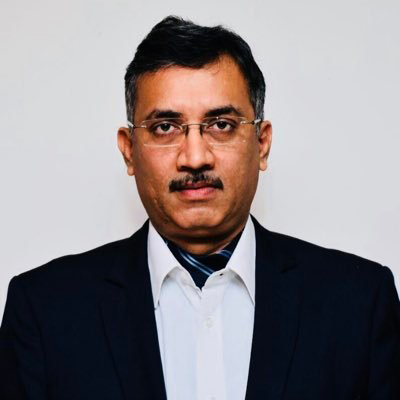 Having earned his B.Tech in Electrical Engineering from the prestigious Indian Institute of Technology (Kanpur) and an Executive Masters in Public Administration from the Maxwell School, Syracuse University, USA, he started his career in civil services as Assistant Collector (Vadodara) and brings with him over 20 years of professional experience in the public administration. Demonstrating a mix of sector vision and business acumen, Shri Mukesh Kumar has had eminent tenures as Collector of The Dangs (Ahwa), Municipal Commissioner at Bhavnagar, Rajkot and Ahmedabad, Managing Director of Industrial Extension Bureau (iNDEXTB), Gujarat State Project Director of Universal Education Mission (Sarva Siksha Abhiyan). Director (Integrated Child Development Scheme – ICDS) and Commissioner of Schools. In all these positions, he has received much acclaim for making noteworthy regulatory, developmental and strategic initiatives for improvements in administrative efficiency and public welfare.

He had established Engineering College, Institute of Infrastructure, Technology, Research & Management (IIT RAM) as first the Director General of the institute during his tenure with the Education Department. As the Managing Director of iNDEXTb, he had anchored Vibrant Gujarat Global Investors Summits of 2011 & 2013 for promotion of investments in Gujarat. The construction of state of art Business & Convention Centre – Mahatma Mandir was done during his tenure at iNDEXTb. As the Municipal Commissioner of Ahmedabad Municipal Corporation, which consisted of more than 25000 work force, his responsibilities included fulfilling the basic and essential need of citizens i.e. water, drainage, road, street lighting, urban amenities, health & sanitation, medical facilities, smart city projects, BRTS and looking after Sabarmati riverfront etc. His efforts as the Municipal Commissioners of Ahmedabad led to declaration of the Historic city of Ahmedabad as India’s only “World Heritage City” by UNESCO in July 2017. Mr. Kumar had also initiated the social project of providing affordable hospital facilities with as many as 1500 beds and had optimized the use of internet of Things (IoT) under the smart city project and had conceptualized a few mobile applications to make all the services of the Municipal Corporation online.

Shri Mukesh Kumar is an active communicator and a competent administrator having linguistic proficiencies in English, Gujarati and Hindi. He joined Gujarat Maritime Board at a time when the ports and maritime sector of Gujarat has been undergoing a key transformation. Important projects related to the flagship programme of Government of India – Sagarmala are being implemented and the Gujarat Maritime Board has initiated strategies like revision of the country’s first Port Policy, India’s first Maritime Cluster and most importantly, the ambitious Gujarat Maritime University for skill development of this niche sector.

GMB is the regulatory body for the port sector in Gujarat responsible for operating, facilitating and operating the 48 non-major ports of Gujarat. It contributes to more than 30% of the total Indian sea trade.